Our Company consists of volunteer artists with a shared vision of enriching the lives of students with the art of theatre and making theatre mainstream. 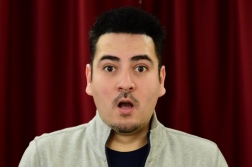 Andrew is a character actor who has studied at The Groundlings and The Upright Citizens Brigade. He still attends both institutions furthering his craft in comedy and writing. A huge fan of Shakespeare, Andrew has appeared as Lucius in Titus Andronicus, as well as some of Shakespeare's classic fools: Touchstone in As You Like It, and Stephano in The Tempest. He has appeared in over 80 plays. Some of his roles include: Lenny in Rumors, Tartuffe in Tartuffe: Born Again, Mr. Paravicini﻿ in The Mousetrap, Rev. David Marshell Lee in The Foreigner, Peter Van Dann in The Diary Of Anne Frank, and Aaron Kriefels, Aaron McKinny, Russell Henderson and other various roles in The Laramie Project﻿﻿. A fan of physical acting and comedy, Andrew continues to study techiques established by the silent greats: Charlie Chaplin and Buster Keaton. He also studies techniques from physical acting innovators Jacques Lecoq﻿ and Jerzy Grotowski﻿. Along with acting, Andrew is well versed in Stage Management, having stage managed productions such as Noises Off and Bus Stop. He has also assistant stage managed and crewed various productions in his past. Feel free to follow him on IG, Twitter, and Snapchat @IMAndrewPreston. 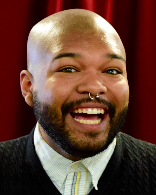 Leonard was born with a skip in his step and a melody in his heart. With a breakout role as Audrey II in Little Shop of Horrors and a stint in Musical Theater West's production of Fiddler on the Roof, Leonard has kept his love of music and performace a contant presence in his life. With over a decade of experience on stages up and down the west coast, he's proud to be able to spend his time as an integral member of The Actors Project. He is currently studing history with the goal of a careet in education. He hopes to be able to bring together his love of history and music to write the first musical for The Actors Project. You can catch him playing guitar, sining songs, or bashing the drums at venues across So Cal! 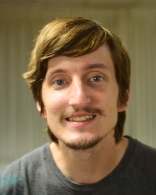 Jeremy is proud to be back with The Actors Project. Jeremy has appeared in many plays! He recently appeared in Born Yesterday at the Candlelight Pavilion. He also played Nathan Radley in the Lewis Family Playhouse's production of To Kill a Mockingbird. Other noteable works include performances in Arsenic and Old Lace and Marvin's Room. Jeremy is humbled to be a part of this teriffic organization. 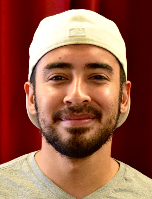 Arthur has received his BFA in Acting in 2013. He has been with The Actors Project since the very begining! While in school and even to this day, Arthur practices acting, improv, piano, and is a certified actor combatant. He currently studies at Second City and works with Academy of American Fight Directors in earning more weapon certificates. Doing theatre for children is one of the most rewarding things Arthur feels he can do with his craft. He is thankful for the oppurtunity and hopes the kids will both learn from these shows, as well as laugh a lot while being inspired to this beautiful craft of acting. 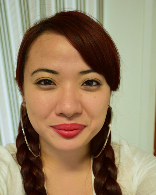 Sinead has been with The AP for 4 years now and is the writer for The Hare Who Cried Ant. She has been performing in productions since she was 15. Although most of these productions have been featured at her high school and college, The Actors Project is not only her first time being featured in an off-campus production. It had also been her first time performing in a children's theater play as of joining the group in the Fall 2011. Children's Theater has been a new experience for her and she has enjoyed every second of it. "It's rewarding just to see these kids in awe over something you've worked hard to show them."﻿﻿ 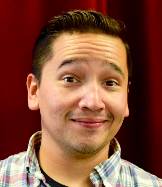 Paul was born in Pasadena, a city caught in the midst of the urban sprawl of Los Angeles. In the last 15 years, he's studied acting and comedy much to the chagrin of his folks. Ah, but he knew one day, his training would lead him to accomplish something great. And that day is today, in the company called: The Actors Project.

Megan is a huge fan of theatre! She will do pretty much anything, except Act! She loves to design the scenic panels for the shows and has brought the company a new sense of artistry!  Aside from The Actors Project, Megan can be seen supporting and helping out her many friends in thier own adventures in film, theatre, and art! Megan hopes you enjoy the panels she designed for the shows! 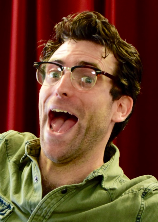 Spencer is thrilled to be returning to The Actors Project as a writer and actor this season! Stepping back into Marty McGilicuddy's shoes, working with original members and meeting all the new additions to the team has been stellar. He believes every actor should do this type of theatre at least once a year. It's refreashing, humbling and rewarding. He's greateful to have this company in his life and can't wait to share the work! Spencer loves meeting and working with new people and encourages you to follow his artistic endeavors on social media OR spencerweitzel.com 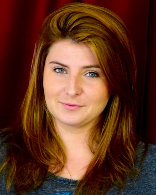 Dominique hails from sunny South Aftrica and had been living in Los Angeles for the past 5 years. She has a BFA in Performing Arts and still continues her studies in stage comabat, dialects and dance. Dominique has done some behind the scene work with The Actors Project and is super excited to be a part of this awesome cast! She has worked with many children's gorups in South Africa and America, taking great joy in the smiles and hope theatre brings to children across the world.