The Spring of 2012 brought students a play based on the theatrical stylings of the Commedia dell'Arte, which is a style of theatre that was developed during the Italian Renaissance. The Commedia is well known today for the masks the actors wore for certain characters. These stock characters are the foundations of popluar characters you see today, such as Scrooge McDuck, Gaston from Beauty and the Beast, Porky Pig, and Daffy Duck to name a few. Another of The Actors Project's goals is to introduce students to all sorts of styles of theatre. The Commedia dell'Arte is a great early style of theatre that introduces students to a broad acting style that requires an actor to use a mask. Our play, Commedia dell'Whate, also shows kids a form of theatre that many of them haven't seen before!

Commedia dell'Whate deals with the villainy of greed and importance of friendship. The story takes place during the Renaissance. A greedy old man, Pantalone, plans to marry his daughter, Isabella, off to a rich Spanish Captain, Il Capitano! The pretty Isabella, who is very confortable not being in love, suddenly falls madly in love with a not well to do young man named Flavio. With the help of the town fool, Arlecchino, they plan on outsmarting the villains so they can get married and live happily ever after. Many classic commedia characters are featured in this such as the innamorai (the young couple), the old Pantalone, the bragart but cowardly Il Capitano, the childish Pedrolino, the talkative Dottore, the ever helpful Columbina, the studdering Tartaglia, and the Renaissance audience favorite Arlecchino. 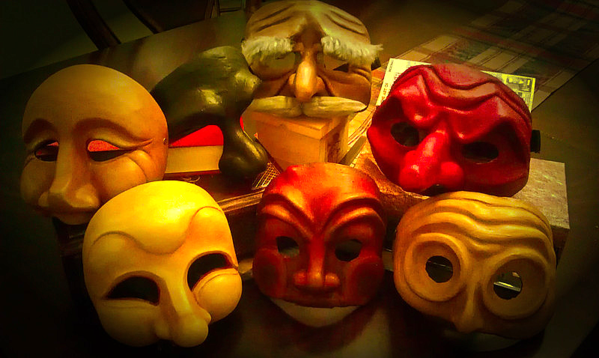