The Further Adventures Of Alice In Wonderland 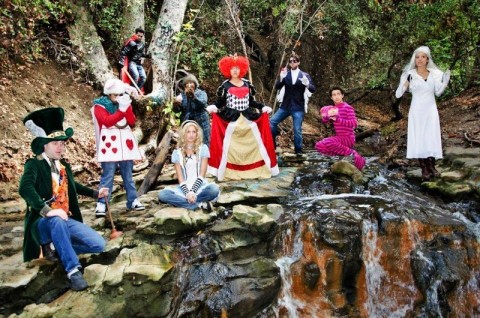 The Further Adventures Of Alice In Wonderland

The premiere season of The Actors Project produced a show with a story many students would be familiar with: The Further Adventures of Alice in Wonderland. A sort of continuation of Alice's adventures in Wonderland that focuses on the importance of using your imagination even as you get older. As imagination plays a very large role in The Actors Project's mission for students creativity, we began our first play with it!

The story starts with Alice, now a little older, who has lost her imagination due to growing up and wanting to be cool. She falls asleep in the playground of her school, and is awaken by the White Rabbit. The White Rabbit is searching for for "The Alice" as she is the only one who can save Wonderland from the Red Queen, who plans to destroy Wonderland to build an airport for her favorite pop star. Alice not knowing if she's "The Alice" or just a normal girl named Alice follows the White Rabbit down the rabbit whole and is taken back to Wonderland. With the help of her old Wonderland pals she trys to remember how to use her imagination. Once Alice regains her memory of having a strong imagination, she sets off to the confront the Red Queen and her henchman, The Knave of Hearts.