We Went Over There and Now We're Back Over Here Again: A Hero's Journey 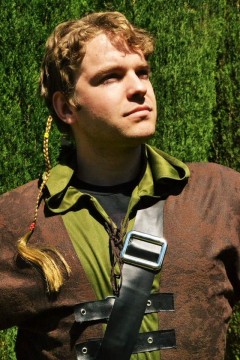 We Went Over There and Now We're Back Over Here Again: A Hero's Journey

A Hero's Journy is an epic fairy tale of epic porportions which is epic! This story takes place during the medieval times and features wizards, witches, heros, damsels in distress, and dragons! Our first play that deals with the serious subject matter of the harms of bullying. Even though bullying has taken center stage recently in the news, it seems bullying continues to grow and be a problem a problem. As with many orgainzations and school initiatives, we stand up against bullying. A Hero's Journey brings humor to a serious topic. It's a story that students will find entertaining while at the same time taking away a very important lesson.

We Went Over There and Now We're Back Over Here Again: A Hero's Journey introduces us to the The Geat and Powerful Wizard, Incandu! Incandu takes us to the land of Tiamont which is being over seen by Prince Tyco. Having been driven mad with power Tyco bullies all of his court to do what ever he wants and makes decrees that make them suffer even more. Even though he is pretty cruel, Tyco is more like a child in the way he behaves. He doesn't realize what he does actually hurts his people. Having heard about the goings on at Tiamont his sister, Princess Petunia, arrives to take him away back to thier father King Brahe. All the while Tyco's assistant, the ultimate bully, Commander Kurtz has partnered with Hecate the Witch to take away the leadership of Prince Tyco by locating a magical crown. When worn the crown gives the wearer unlimited power, but it is guarded by a dragon named DAVE! Kurtz informs Tyco of this magical crown, and of course Tyco wants it, so they force Nicholi Nickleby to fetch it for them by holding Princess Petunia captive.

Many characters make up Tyco's court including a butlerish jester, a sleepy chef, and two inept knights. Wonderful characters and an epic tale bring this great play to life that show students about how bulling can hurt everyone.