The Eerie Night of Spooky Frights 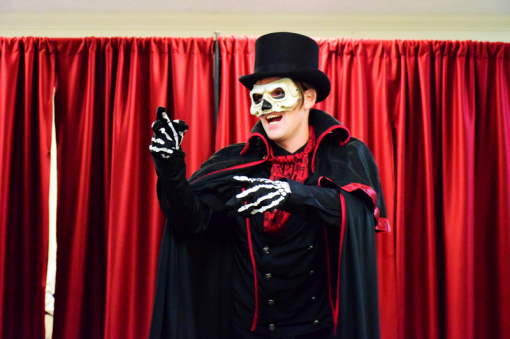 The Eerie Night of Spooky Frights

The last few seasons after our performances students would come up to us and say "you guys should do a scary play!" So here it is folks, our first student suggested show* called "The Eerie Night of Spooky Frights"! As with any play we do there is a moral to the story. Teamwork plays an important part in this story.

When Mack, Debbie, and Maggie decide to go on a little adventure ghost hunting, they find themselves way over thier heads when thier day turns out to be an eerie night of spooky frights! They soon find themselves trapped in a haunted hotel by the evil Spooky Man. While in the hotel they befriend it's new playful bellhop, Bean. In order to escape they must stop the evil Spooky Man from leaving the hotel. If they don't succeed the Spooky Man intends to turn the whole world into ghosts. With help of a friendly comedian ghost, they learn how to stop the Spooky Man but the Spooky Man has assistants of his own to make sure his goals are met! Spider Widow and the ever so eager Agor will do what ever the Spooky Man tells them to do. Will we all end up as ghosts?

The play is filled with the silly humor that we are known for! What also makes this play stand out is of course the enjoyable suspense while poking fun at the "scary" genre. 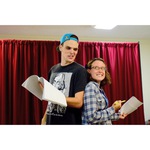